CEC is very excited to announce the staff for the 2022 Youth World Championships in Dallas, USA. This diverse group brings experience and abilities in several athlete support areas. We are excited about the positive impact this will have on our athletes in Dallas. 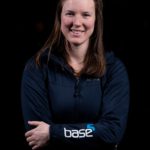 Michelle (she/her) is the Program Director at Climb Base 5 in Vancouver and the BC Team Head Coach. She is excited to be joining the Youth National Team for a second time and looks forward to bringing her years of coaching experience, and meticulous organization to the group to make it the best experience possible for every athlete, parent and coach! 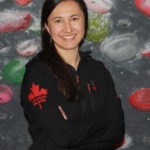 Nani (she/her) is an Alberta provincial coach, head coach for the Canmore Youth Climbing Team, and physiotherapist from Canmore, Alberta. She has previously worked with the Canadian Youth National Team as an assistant coach, and is a former member of the Youth National Team herself.

Professionally, in addition to physiotherapy, Nani has a background in athletic therapy and research into climbing injury prevention through the IOC-sanctioned Sport Injury Prevention Research Centre. 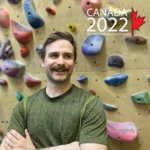 Dallas (he/his) is the Head Coach for the Calgary Climbing Centre Performance Team. He spent 6 years teaching for the faculty of Kinesiology at the University of Alberta where he received his Masters of Coaching through the faculty of Kinesiology. Dallas entered his graduate degree halfway into his career as a climbing coach, and as he was learning in the classroom he was immediately able to experiment with and implement concepts directly into his practice. His final project was on strength training for climbing athletes. 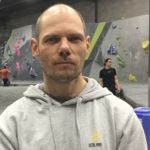 Fred (he/his) is the head coach at Délire escalade as well as for Team Quebec. As a physical educator and avid climber, he has been working in the field of climbing instruction for the past 26 years. After having explored the different spheres of the activity, he chose to specialize in coaching and training young athletes for competition. Education and the desire to help others achieve personal excellence is something he lives for every day. The Canadian Youth Team is an opportunity for him to help and accompany our country’s best athletes to experience the time of their lives. 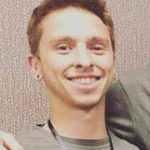 Patrick (he/his) is a kinesiologist, head coach of the CRUX, volunteer with the FQME and the CEC, coach on the Quebec and Canada teams, co-owner of the CRUX… In 13 years in sport climbing Patrick has studied climbing from all angles in plus participating as a coach in 4 international events including 2 youth world championships. He is more than ready and excited to accompany our youth team to the 2022 World Championship. 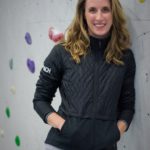 Bethany (she/her) is a Registered Dietitian and Youth Climbing Coach at Junction Climbing Centre in London Ontario. An avid climber herself, she began coaching in 2016 and is the founder of the 519 Annual Youth Comp for southwestern Ontario youth teams. Beth’s approach to coaching is to promote an inclusive climbing community that can support the competitive drive of high level performance, while emphasizing a healthy relationship with food and sport. She is excited to share this outlook with coaches and athletes from across the country in preparation for the YWC. 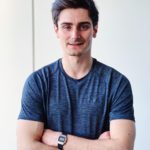 Andrei (he/his) is an Assistant Coach with both Hive Climbing and Team BC, a member of the National Practitioner Network for Climbing Escalade Canada, and a founding member of the International Association of Psychologists in Climbing. He holds a Bachelors of Science in Sport Science, and a Masters of Science in Applied Sport and Exercise Psychology. Outside of his climbing coaching, he is a Faculty Member in the Department of Sport Science at Douglas College, a Mental Performance Consultant with the Canadian Sport Institute Pacific, and is registered as a Professional Member of the Canadian Sport Psychology Association. Having previously lived in the mountains of North Wales, he can now be found climbing, running, and skiing in British Columbia.