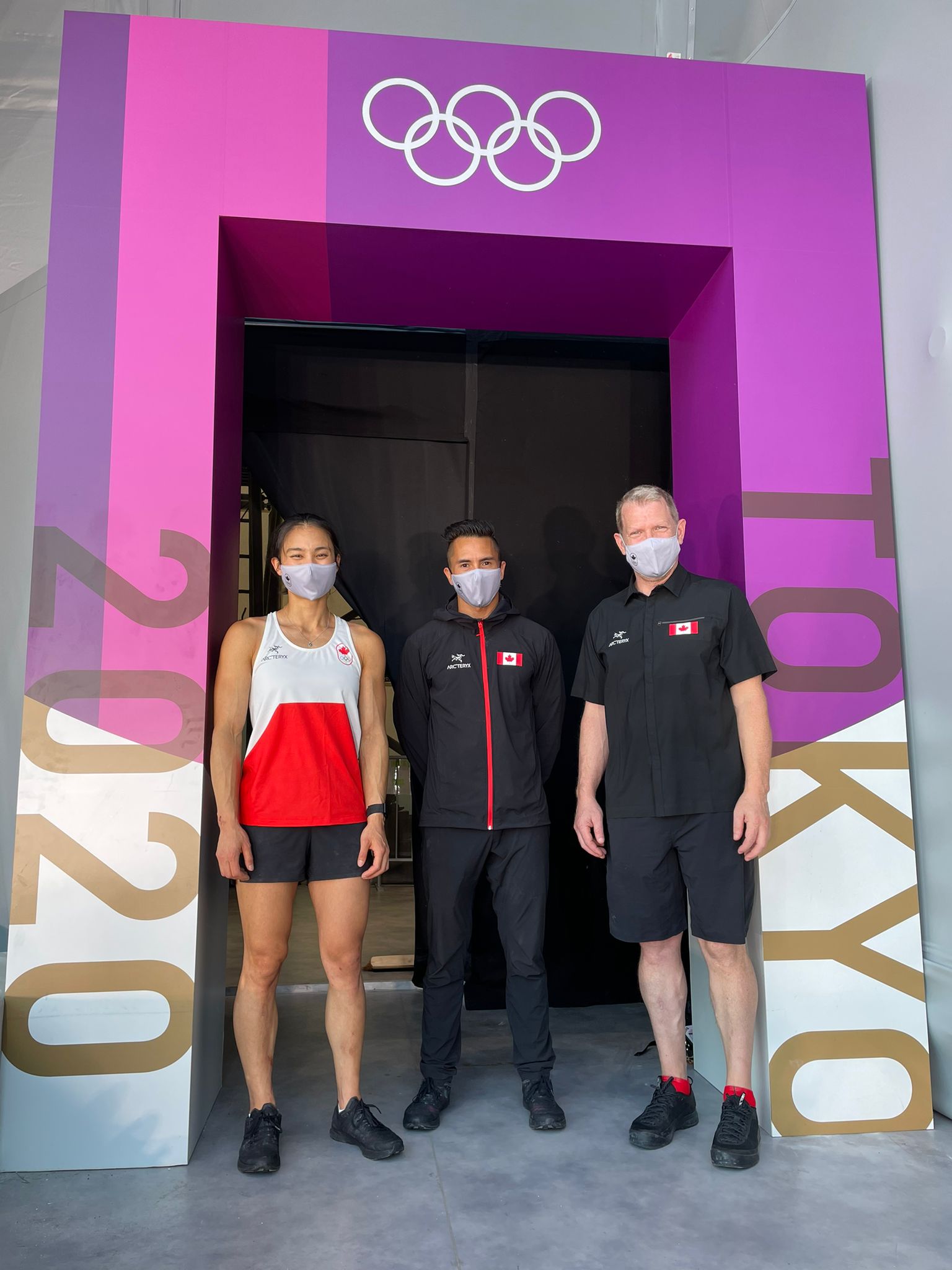 It was an exciting start to the week in the world of Sport Climbing as we watched Canadian Sean McColl and Alannah Yip put on incredible performances in the debut of the sport at the Olympics Games.

With both the men’s and women’s qualification rounds complete, Climbing Escalade Canada (CEC) wishes to congratulate both Alannah and Sean on their strong competitions, both setting personal bests on the speed route. We are extremely lucky to have two such remarkable athletes and ambassadors for the sport representing Canada. 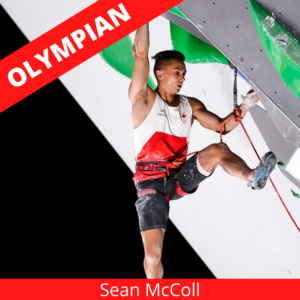 On August 3, 2021, the men’s qualification round occurred in the combined format, with athletes competing in all 3 disciplines of Sport Climbing in a single event: Speed, Bouldering, and Lead.

Sean McColl’s speed runs were spectacular, with him posting a personal best time of 6.93 leaving him in 14th after the discipline. In bouldering, Sean achieved zone on 2 problems, ending with a score of 0t2z 0 3, placing him in 15th in bouldering. In the lead competition, Sean navigated a challenging route, achieving hold 35+, resulting in a strong 8th position. His combined score of 1680 (14x15x8) placed him in 17th place overall.

Sean McColl had this to say after his performance on the lead route, the final discipline of the combined format: “[when I fell] I knew most likely that the Olympics were over [for me], but I didn’t care. I smiled, I clapped, I had a blast. At the end of the day, I have a great story to tell and it was a lot of fun.”

For complete results and a replay of the qualification round, see https://www.climbingcanada.ca/olympic-games/

Congratulations to the first ever Olympic Medalists in Sport Climbing:

August 4, 2021 saw the women’s qualification round starting on a high note for Canadian Alannah Yip, who broke her personal best (PB) not once, but twice (8.17 seconds and 7.99 seconds), and therefore crushing the previous Canadian record by 1.43 sec! This strong performance placed her in 6th place after one discipline. In bouldering, she placed 16th, achieving two zones and a score of 0t 2z 0 2. Turning her focus to the lead competition, Alannah reached hold 21+, placing her in 12th. Her combined score ranked her in a very respectable 14th position overall (6x16x12 – 1152).

It was an emotional Alannah that answered the media questions, following her performance. “At the end of the day, I still got to compete here, I still got to be a part of this historic event, showing the world the sport that I love so much, and I became an Olympian today.”

For complete results and a replay of the qualification round, see https://www.climbingcanada.ca/olympic-games/

Congratulations to the 8 women advancing to finals, which will take place on August 6, 2021:

We also want to recognize the work of Andrew Wilson, the CEC’s Olympic Head Coach, on leading the team to such a successful Olympic performance. His work with Sean and Alannah and his dedication to the sport of climbing is equal to none.

Similarly, a call out to Paul Ledet, from Canada, who served as Technical Official for the Olympics Sport Climbing competition. His role as an IFSC Judge at the event is an extremely important position, and a tremendous accomplishment!

Alannah puts it best: “What a great analogy for life climbing is: you fall down, you get right back up and try again.” CEC is now turning its dedication and efforts toward Paris 2024 and, hopefully, LA 2028, along with our ongoing work as part of the promotion and development of competition climbing in Canada!

CEC would like to congratulate the athletes pre-qualified for the 2021-2022 Senior Nationals – Boulder and Lead! Check out who they are through the link in bio!

Lead qualifying today at WCH in Moscow.
The ...

Lead qualifying today at WCH in Moscow.
The McNamee twins in action.

Unfortunately, no Canadians on to semis but good showing from both.
@kindarmcnamee 53rd
@guymcnamee 59th

Congrats to all Canadians who represented in Russia. ...