Join CEC for an Online Information Session on March 28th, 2020.

On January 14th, 2020, the CEC announced the selection of the Team Officials for the 2020 Youth National Team Program (YNTP). But who are these incredible volunteers that support our athletes in their quest for high performance? Get to know them a little better before the program starts! 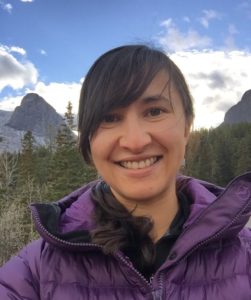 Nani is a coach and physiotherapist from Canmore, Alberta. She has over 10 years of experience coaching from local to national levels in competition climbing. As a former youth national champion and member of the Canadian Youth National Team from 2003-2005, Nani brings personal competition experience to the team. As a coach and physiotherapist, she also has a special interest in injury prevention. She has conducted research examining climbing injury in youth through the IOC-sanctioned Sport Injury Prevention Research Centre. When not climbing and traveling to climbing destinations, Nani can be found outside mountain biking and skiing every day. 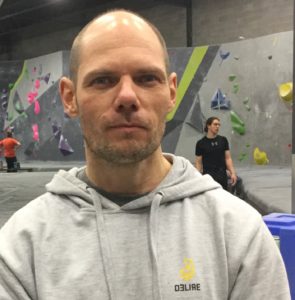 Passionate about climbing for more than 25 years, he discovered the sport during his studies in physical education. He began coaching in early 2000. In 2015 he became the head coach at Delire Escalade, and now he is the head coach of Team Quebec. Keen to surpass himself, he spends a lot of time learning to improve his coaching.
For his 2nd year with Team Canada, he hopes to help athletes surpass their limits. In his spare time, he goes outside to climb as often as possible. 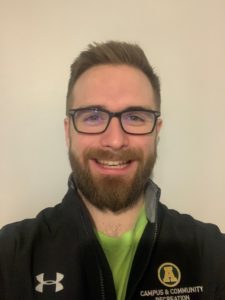 Dallas is a coach with Team Alberta, and Head coach for the University of Alberta Youth Climbing Team, where he is currently completing his Master of Coaching degree. Part of his masters Part of his masters degree included a practicum where he moved out to Vancouver to worked with the Climb Base 5 team and got mentored by both Andrew Wilson and Simon Parton. On top of climbing Dallas coached highschool football for ten years, and along the way took coaching education for football, volleyball, and multi sport. 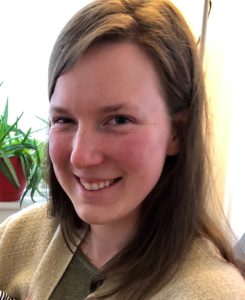 Michelle has been involved in the climbing community for over a decade in all capacities, managing, competing and coaching. First as a Team Manager for the former Edge Youth Climbing Team and now as a coach for the Base5 Youth Team (and Program Director for both Base5 locations), Michelle has applied her love for climbing to coaching and developing youth. Additionally, Michelle chairs the Sport Performance Committee for Sport Climbing BC and has helped establish their Team BC program. If she’s not in a climbing gym, she’s probably doing DIY projects at home, reading (her goal is to have a library of 1000+ books one day!), gaming, or eating pastries. 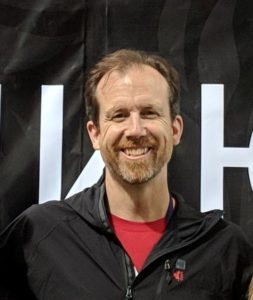 Chris has been coaching for over 25 years with youth programs in Alberta and is currently the Head Coach of the Canmore Indoor Climbing Society team. He has been working as a coach with the Youth National Team Program since 2010 and has attended 14 international youth competitions since that time, including 10 Youth World Championships. In 2018, he started Canada Strong Climbing to provide development opportunities for athletes and coaches across Canada so he could bring his experiences from the youth national team program to those who one day hope to be a part of a national team in the future, either as an athlete or coach. Besides coaching, his other passions are travelling (22 countries and counting!), reading (old mysteries and science fiction paperbacks), and playing hockey on the frozen lakes and ponds in Canmore. 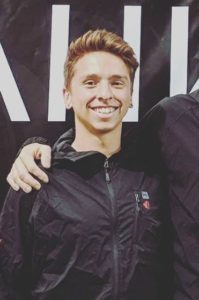 A kinesiologist by training, Patrick has coached athletes since 2011. Today, in addition to coaching the Crux team, he is also an leader and co-owner of the franchise, which will soon open a second branch in Laval, Qc. Patrick has been an assistant coach on the National Team since 2017, and he is involved in different committees at the provincial and national level, in order to progress the competitive circuit at the same rate as the performance level of Canadian athletes. 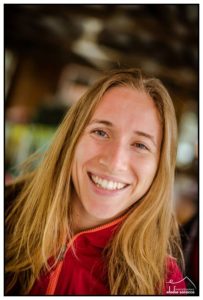 Liz found her love of climbing in 2009 at McMaster University through her work at the challenge course there. After graduating with a BsC Kinesiology in 2011, she began working full time as a coach and setter at climbing gyms. In 2017 Liz took the position of Head Coach at Gravity Climbing Gym in Hamilton, Ontario. In her free time Liz enjoys outdoor sport climbing, gardening, and hiking with her dog, Diva.

Dr. Eric St-Onge is a fully licensed Sports Specialist Chiropractor, Contemporary Medical Acupuncture Practitioner and published author. In addition to his education at the New York Chiropractic College, Eric has completed the Sports Sciences Residency Program at the Canadian Memorial Chiropractic College, where he was trained as a specialist in managing sports injuries and improving sport performance. He has been part of the CEC Integrated Support Team for several years, having worked with both the open and youth teams. Eric spends most of his free time with his wife and daughters, staying active and finding new and exciting ways to better his craft. His favorite hobbies include kettlebell training, bouldering and playing guitar.